We amplify your marketing with scientific methods.

Check out some of our latest case studies! 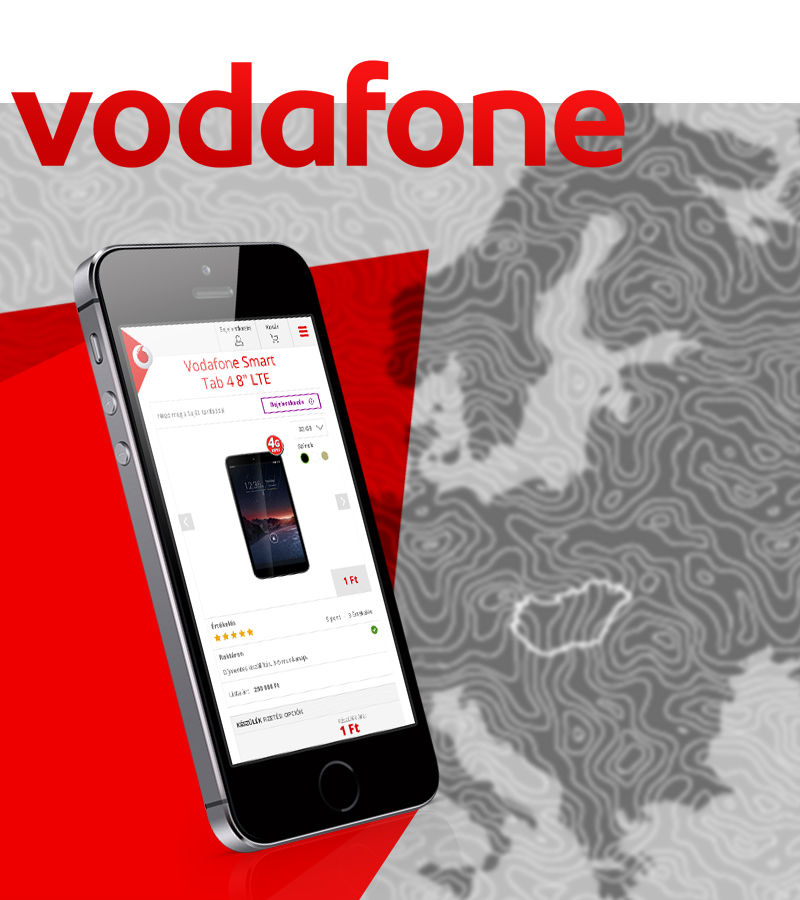 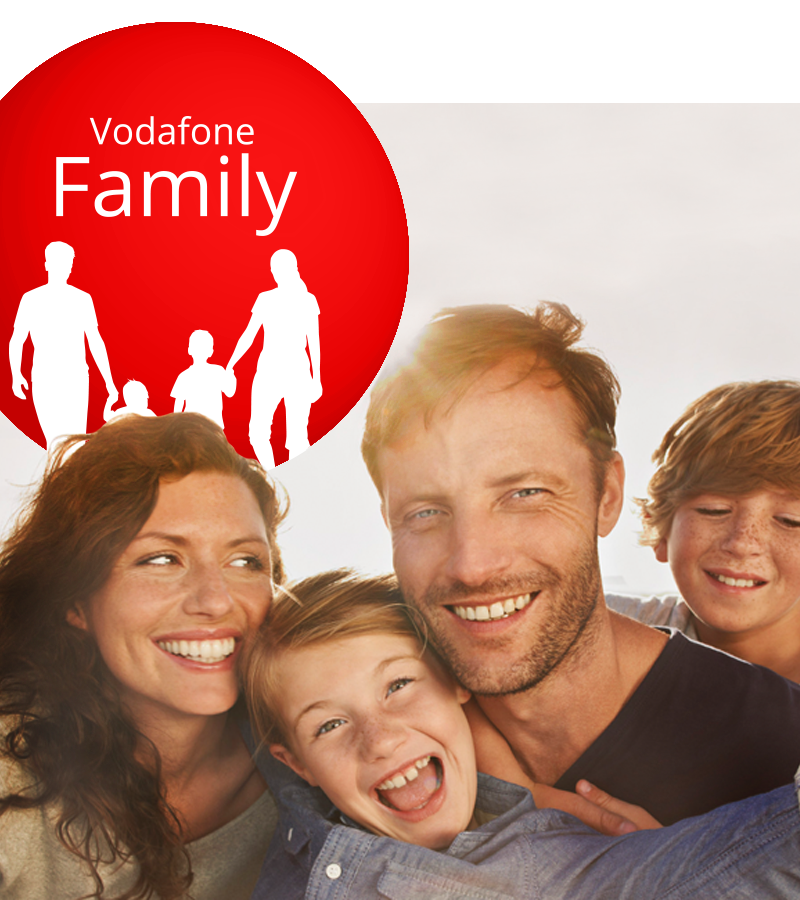 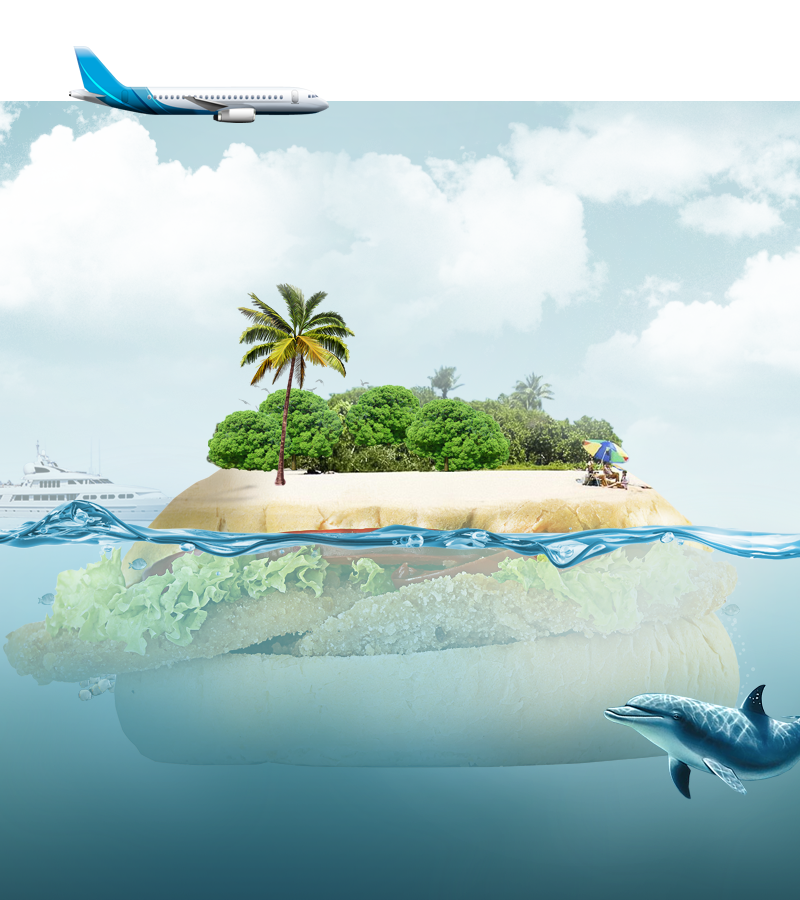 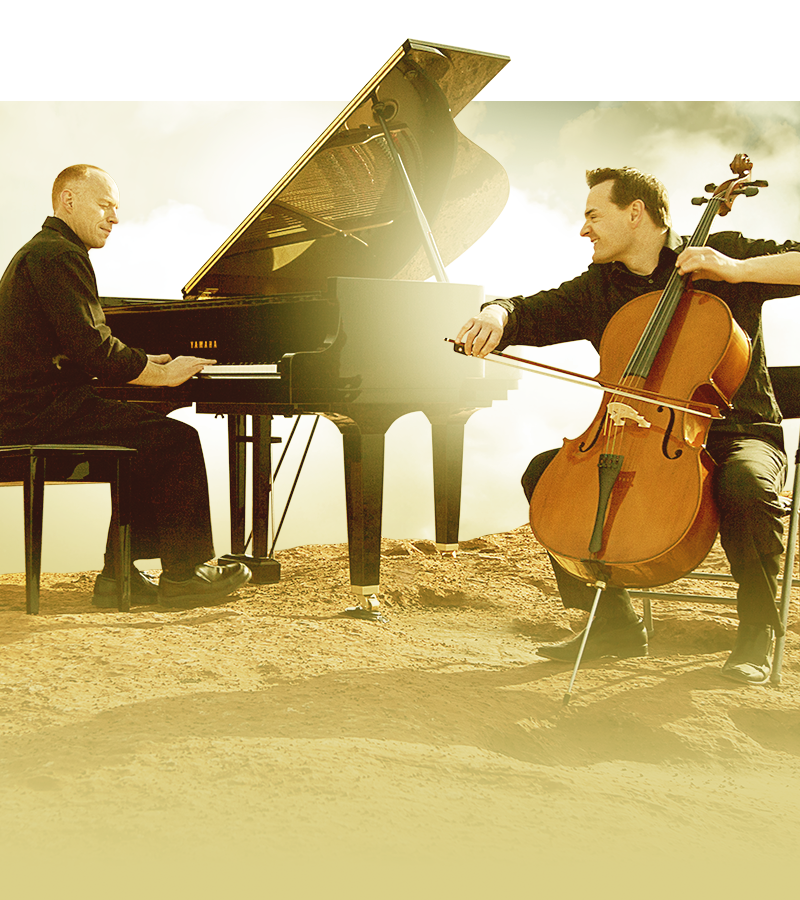 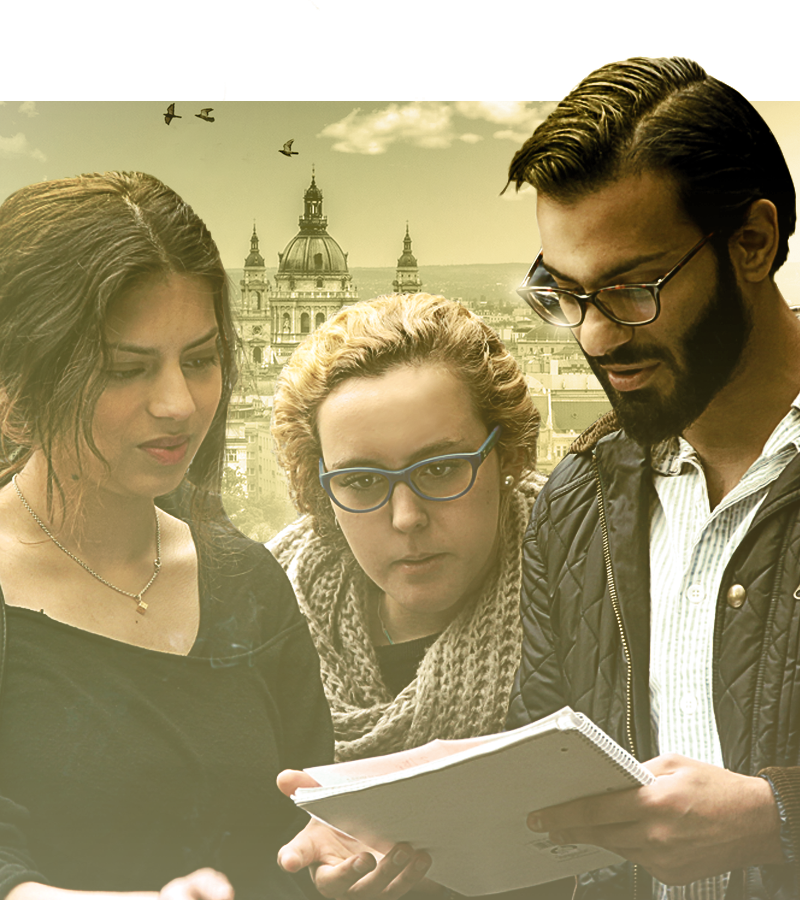 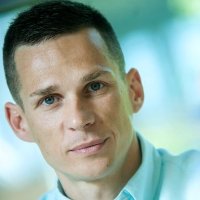 Previously, I had doubts about the effectiveness of advisory work with outsiders.

There are a lot of advisors on the market, and it is hard to decide, who can really provide added value to a company, especially, that an outsider does not see every element, the way an employee does.

We tried to find advisors, who have real experience and specific results, not just theoretical knowledge. From Artisan we got exactly what we expected: expertise. They have worked and currently are working on each of the market's largest, most profitable e-commerce sites.

Due to the work with Artisan, these sites have become larger, stronger and more profitable. No better recommendation is needed. Those who need professional competence, and really want to act for greater success, I recommend Artisan. 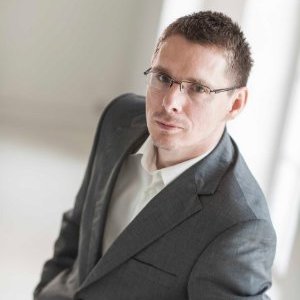 We were afraid of agencies before, because are experiences where, that there isn’t real added value to the current project, but only a raise in costs. With Szallas.hu, we always calculate the return on investment with every case, so we didn’t feel what to focus on with the previous agencies. Working with Artisan was a turning point, beacuse our cooperation provided real added value to us. They understood, that every penny counts, and we aren’t think in spending the budget, but in achieving goals.

They came up with solutions supported by real, numerical data. Their task was to make creatives based on real user feedbacks. The form of the key visual and the final message was based on countless tests with different groups and not on intuition.

Working together was efficient: during the summer campaign bookings increased by 40% compared to the year 2014. And the new creatives, compared to the previous ones delivered +105% CTR numbers.

I recommend Artisan to those, who want to reach their goals with the help of an agency, those who are not just spendig the budget. For those who trust data, and aren’t afraid of giving a free hand in order to be effective. 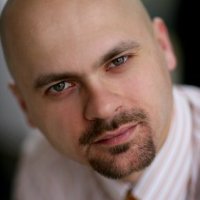 I recommend Artisan’s experts to those who reach the desired results with iterative methods, because it can be hard to figure out in advance what you want and how you want it…

I heard nothing but good things about Artisan before my own personal experience, so working together was as expected: effective and efficient.

I think it also helped that we got the professional chemistry quickly, and our communication was seamless and to-the-point. It was comforting that they could manage projects and I always got satisfying answers to all of my questions. I always knew what output to expect and I always get it on time, in good quality. 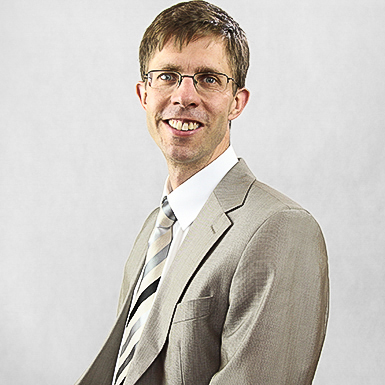 Artisan's team made a real, sincere effort to understand the unique atmosphere, advantages, and challenges of our campus. Mihaly and the others made very serious efforts to collect the most accurate, actionable information possible.

Success is incremental; our website and online application system is strong, and McDaniel’s 'brand' is finally becoming clear and established after years in the fog. It is crystal clear that Artisan cares about our institution, not merely as a matter of good business, but as a matter of a friendly, important partnership. 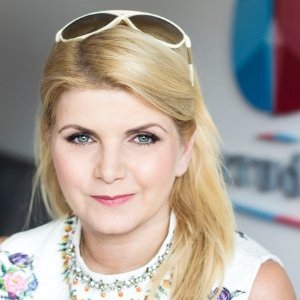 I believed from the beginning that Artisan is applying a great and professional strategy. It didn’t surprise me at all, that they performed the planned numbers, despite the many professional challenges.

On the whole, I’m most proud of the Virtuózok brand’s popularity, specifically, that more than 3.5 million people saw the show for at least 10 minutes! This is the best feedback I can think of! 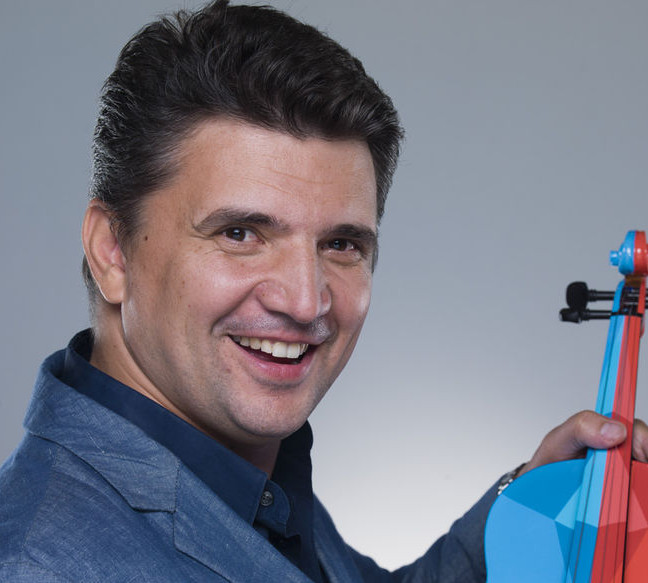 It was a positive experience to see that the Artisan team is eager to learn new things and adapts easily to new fields, such as a TV show’s full online marketing. The overwhelming success of Virtuózok was obviously due to the combination of several things.

Artisan had a significant role in designing the brand identity, in mobile apps, social media marketing, and selling the Gala concert tickets. I suggest them to everyone who can fit a campaign into their project budget to build a consumer community.

At the beginning, I had doubts about how anybody could build a good marketing strategy for us without any experience in music concerts. Misi and Viktor are highly open-minded, so we were able to create the type of support we needed quickly.

I’m extremely proud of ticket sales of the Final Fantasy concert in Vienna, therefore, I’m happy to recommend the Artisan team to those who need events and online promotion. 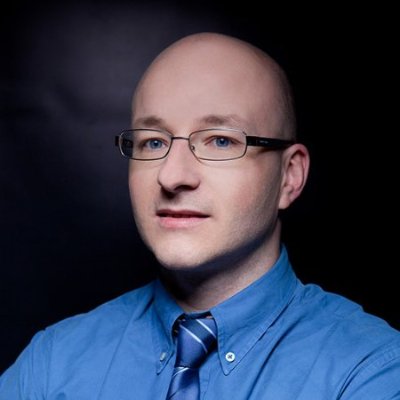 Over the years, we repeatedly ran into counselors in various fields, who turned out to have less experience, than us. Fortunately, Artisan was completely the opposite.

The planning and thinking process started from a bigger picture level rather than minor technical details, and yet we managed to achieve a fair and accurate technical implementation. Instead of applying short-term tricks and seasonal SEO techniques, the aim was to discover truly useful methods and long-lasting solutions, the performance of which has been tracked and monitored as well.

Now many years have passed since our work together, but the results we accomplished are still around, and we can still build on these to develop our company further. I recommend Artisan to those, who have plans in the long-term, and it is important to them to be effective and are looking for a team with complex, well-rounded solutions in-house. 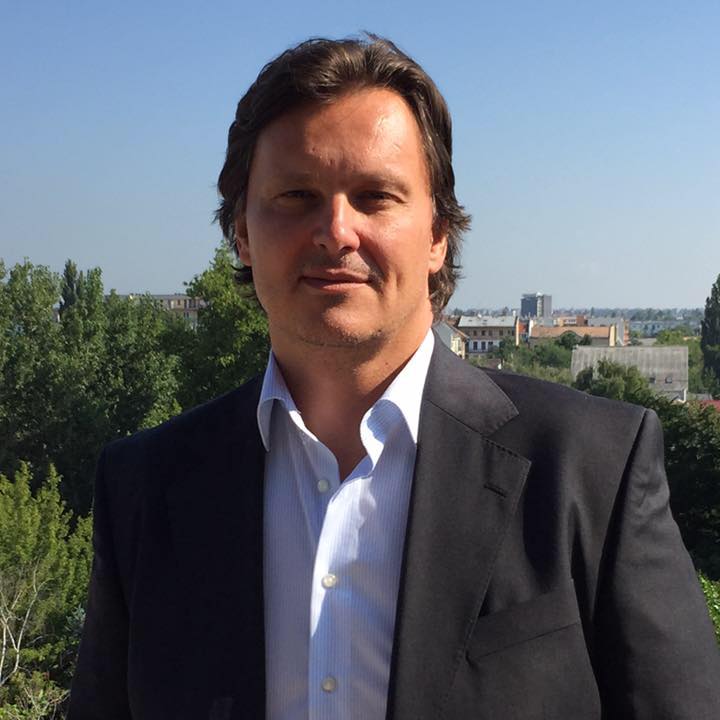 There wasn’t any experienced consulting company in Hungary, which could support Árukereső in reaching the next level. From Viktor we got highly detailed and relevant solutions, with thorough knowledge and international proficiency, also keeping the Hungarian trends in mind.

I recommend Artisan's experts to those medium and large businesses, who need to solve complex problems with their online appearance. 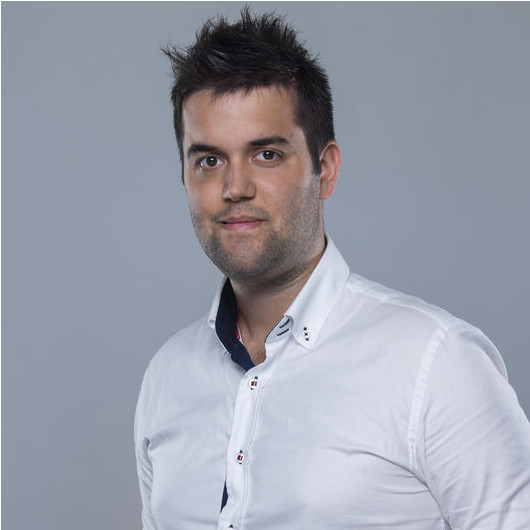 It was good to see, how a mature strategy can realize the sales goals, and to see that it has an arc, from the awareness to the actual sales. A concrete implementation plan could be seen, where every step had a purpose.

For long-term cooperation, I recommend Artisan to those companies who realize that the marketing strategy needs to be tailored to the market needs, and who knows that not only the working hours, but the brought knowhow also has a price, just like the experts has who can measure the results. 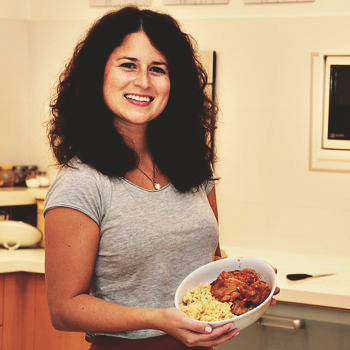 When I found Artisan Marketing with the idea of my startup business, and with a request for a webpage, I was afraid, it was going to be hard to fullfill my needs. I was not exactly sure, what I needed, I didn't have a clue, what makes a great webpage great, what it should look like or what I'm supposed to be asking for. My fears evaporated during our first meeting: the Artisan team had a great approach and amazing ideas. I left with my ideas doubled after the first, and every following meeting after that.

I would recommend Artisan to everyone, who needs a motivated, earnest team with an ownership-attitude, a team, that quickly understands the point of any business and with some clever stept insures it being ahead of any competition. Artisan is not just a company who designed my webpage, but a part of my team.